This is the main engineering of the Potemkin, an Excelsior-Class starship that was mentioned several times in 'Star Trek: The Next Generation'. It was one of the previous postings of William Riker, before being XO on the Enterprise.

The room itself is completely original in design, as we never saw a full Engineering set for the Excelsior Class during the TNG era. I based the overall design on some engine rooms we did see, like that of the Enterprise-D, Hathaway, and Pegasus.

As with my other Potemkin interiors, it was made to be a realistic set under the spatial and monetary constrains that the TNG production crew had during the show's run. Hence the only element of this set which isn't based on an existing production prop is the warp core itself; which was designed with cues of the exterior shape of the Excelsior as a basis, hence its curved, flowing lines. 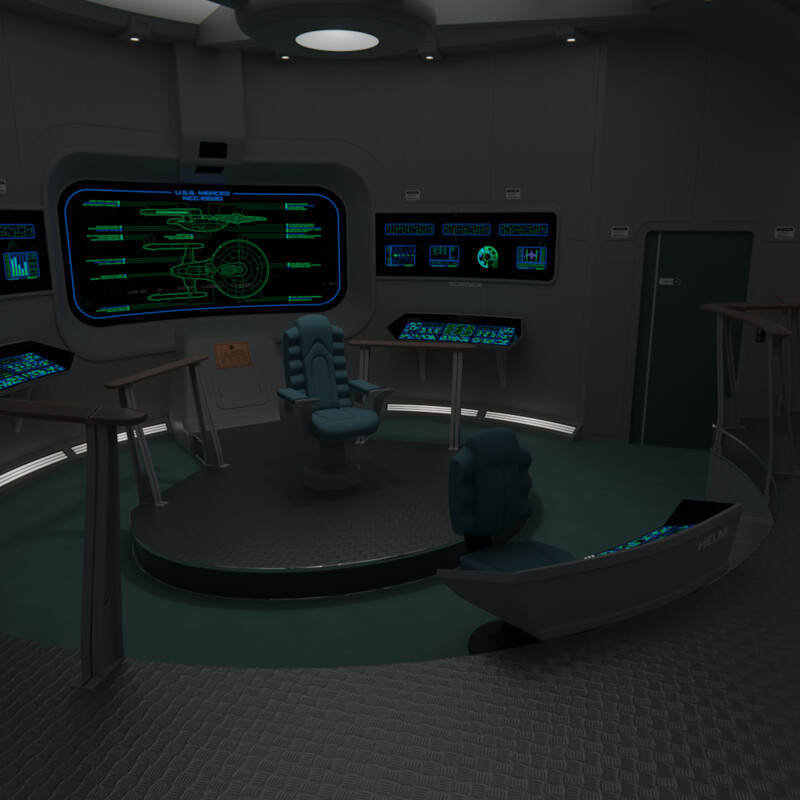