This is the observation lounge of the Potemkin, an Excelsior-Class starship that was mentioned several times in 'Star Trek: The Next Generation'. It was one of the previous postings of William Riker, before being XO on the Enterprise.

Located directly behind the bridge, this lounge is a social gathering place for the bridge crew to relax while off-duty, similar in function to the officer's lounge the original Enterprise had in the 2270's. This is not a room for mission briefings or bridge crew conferences to take place, as that happens in the main briefing room the ship has on deck 2.

As for the design and aesthetics of the room, I consciously wanted to leave it clean, lowly lit, and a bit empty; rather than filling it with lots of props and wall panels. As a room for relaxation keeping it visually uncluttered makes sense as an in-universe goal for the designers; access panels and the like are kept at a minimum and hidden behind the acoustic panels rather than in plain sight, for example. 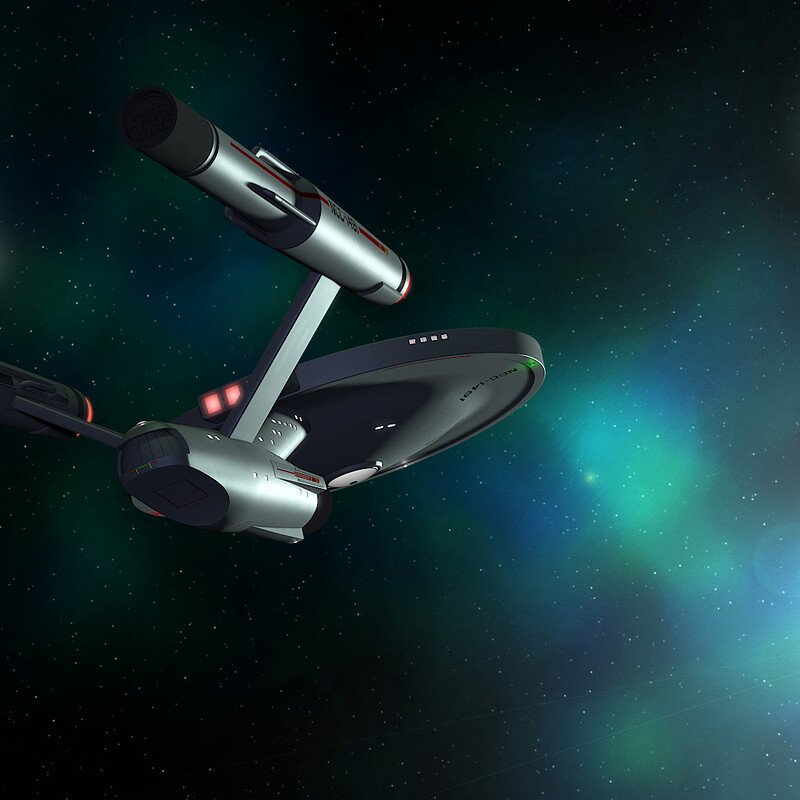