This is the main sickbay of the Potemkin, an Excelsior-Class starship that was mentioned several times in 'Star Trek: The Next Generation'. It was one of the previous postings of William Riker, before being XO on the Enterprise.

The idea for this room was once again to create a brand new environment using mostly elements and assets I had already created. My original concept for it was based on the briefly seen sickbay of the Enterprise-B, but the square layout of the room proved to be too uninteresting in my opinion.

The new darken glass panel for the main bed is directly based on the early sickbay of the Enterprise-D, while the overall white lighting is a callback to the more muted light colors that were used on 23th century sickbays. The yellow padding behind the biobeds is based on the similar pattern behind the Enterprise-A biobeds seen in 'The Undiscovered Country'. 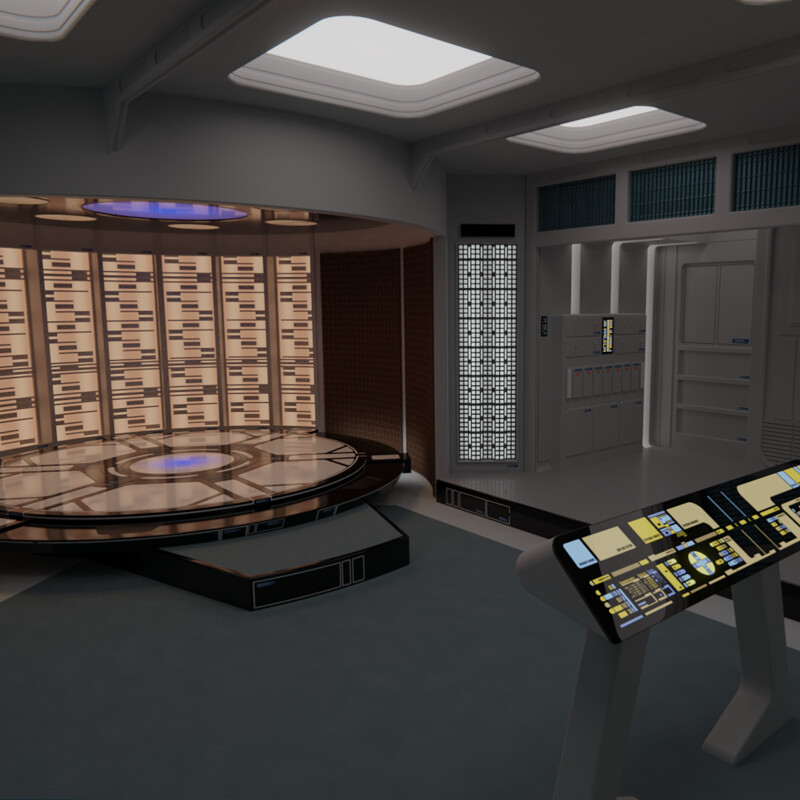