This is the transporter room of the Potemkin, an Excelsior-Class starship that was mentioned several times in 'Star Trek: The Next Generation'. It was one of the previous postings of William Riker, before being XO on the Enterprise.

As far as ship design, the Excelsior-Class sits in between the Constitution and Galaxy both in time and size. Thus while we never saw an Excelsior-Class transporter room, I felt it needed to be similar to both of those (which on Trek productions were actually the same set with minor modifications) in layout, perhaps slightly more similar to the Galaxy's as this is a TNG era Excelsior. I included some new elements, like the handrail separating the transporter pad from the side room, primarily in an attempt to make the room more unique without changing the shape itself. 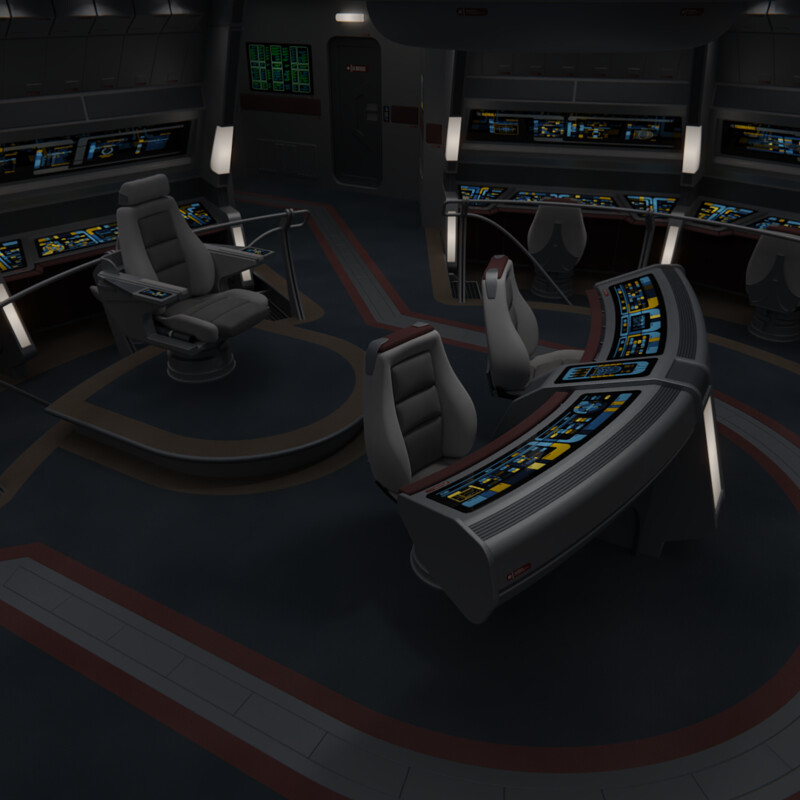