The USS Cerberus, NCC-74915 was a Prometheus-Class starship launched in the late 2370's. It served as the personal flagship of Admiral Ross following the end of the Dominion War.

Cerberus was mentioned in several books; however other than the class not much was established about the ship. Given its usage by the late 2370's I assumed it must have started construction not long after the Prometheus prototype was successfully tested, hence I gave it a very similar registry number.

The bridge is far larger than that of Prometheus itself, and I imagine it as a one-off design specifically created for an Admiral's ship, with a full bank of additional consoles dedicated to communications and commanding a fleet. The design is mostly inspired by the Enterprise-E bridge as it appeared in 'Nemesis', while some motifs were taken from Prometheus. The two seats flaking the Admiral's are for guests rather than crewmembers, just like those on Admiral Riker's Enterprise-D from 'All Good Things'. 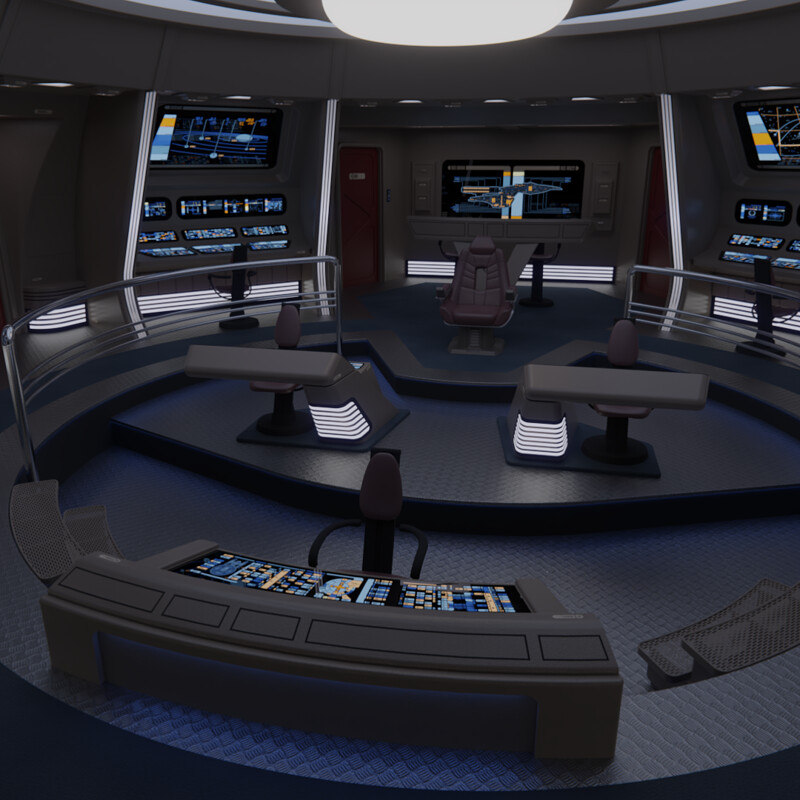 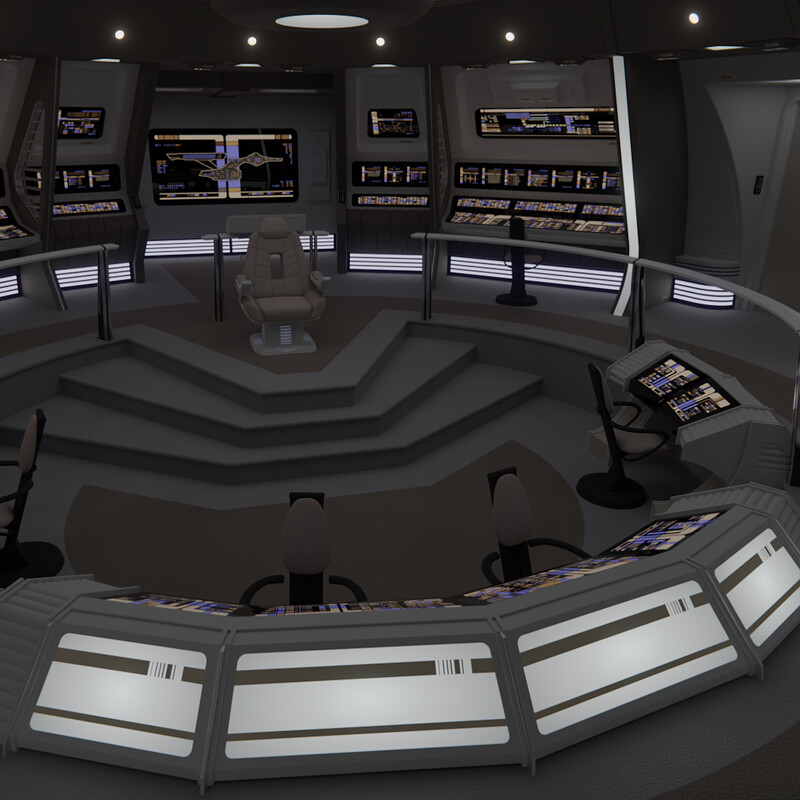