This is the bridge of the USS Ross NX-76710, the prototype starship of her class, and the hero ship on Streampunks' Star Trek Adventures TTRPG campaign: Clear Skies, which is produced in partnership with QueueTimes and Star Trek Online.

An experimental variant of the Galaxy-Class, the Ross was designed by STO's Lead Starship Artist, Thomas Marrone, and is available for players to command in said game.

You can watch Clear Skies on YouTube at https://youtube.com/watch?v=NUnRKCqU0QI&list=PLHVibqh7yRwogVxLuZzYAlEDkyz0DB0b8

This bridge was commissioned by Eric Campbell, Game Master of Clear Skies. I was given a wide amount of freedom for this project, so I decided to merge the standard arrangement from a Galaxy-Class bridge with the design aesthetic of the more modern Sovereign-Class, more fitting for a ship brand new in the 2380's. I also incorporated some design cues from Star Trek Online, such as the shape of the forward consoles. 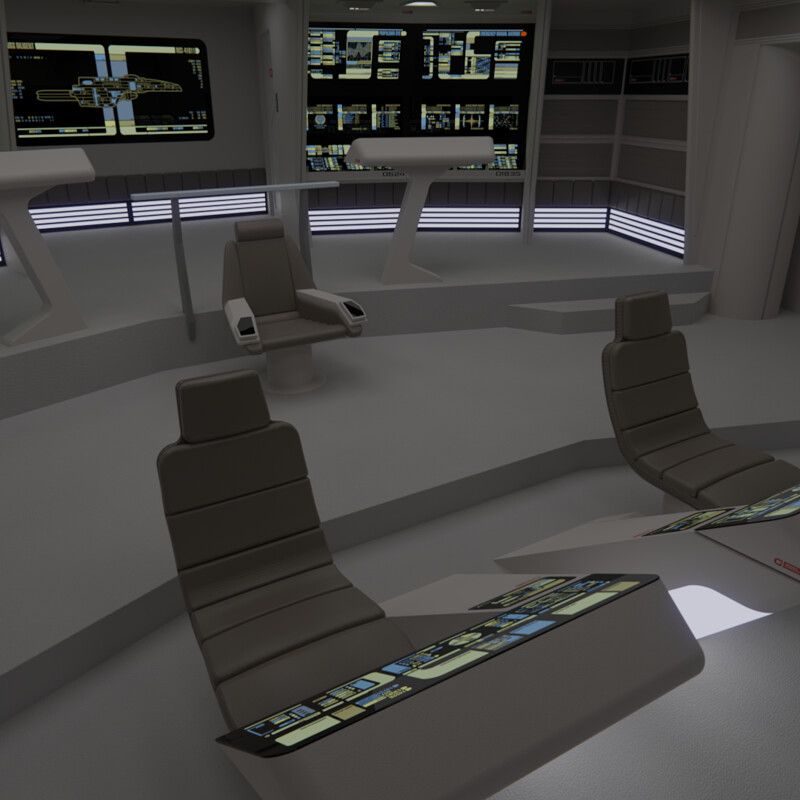 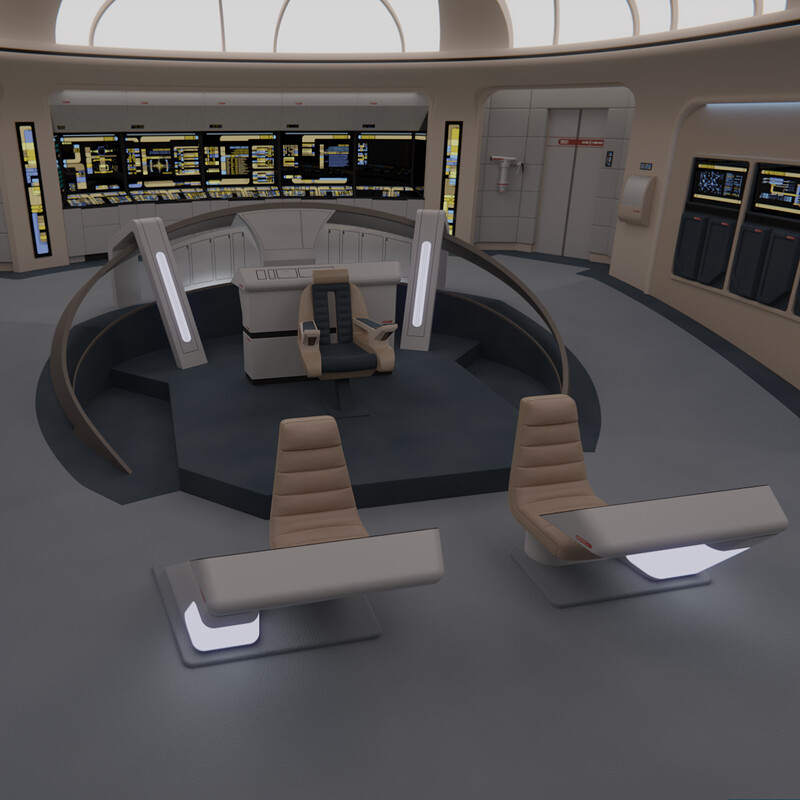