The USS Budapest NCC-64923 was a Norway-Class starship we saw in the feature film 'Star Trek: First Contact' as a background ship. We never saw the Norway-Class after that other than in some 2D graphics in DS9 and Voyager. This was due to the 3D model for the ship being apparently lost after 'First Contact'. This is my conjectural take on how its bridge looked like during the events of the movie, in 2373.

Due to the general shape of the ship, I went with a Voyager-style aesthetic language for this bridge, while still retaining the Enterprise-E style chairs as an homage to its appearance in 'First Contact'. 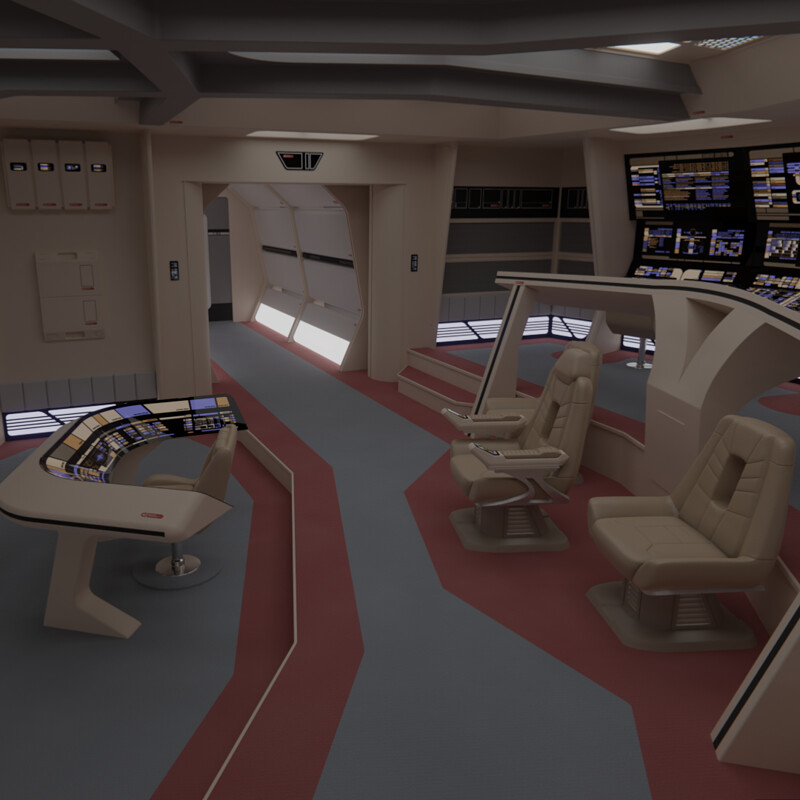