The USS Yeager NCC-61947 was a Saber-Class starship we saw in the feature film 'Star Trek: First Contact' as a background ship. We never saw much of the Saber-Class after that, other than some unnamed background appearances. This is my conjectural take on how its bridge looked like during the events of the movie, in 2373.

Given the compact exterior of the ship and the unofficial crew complement of only 40 people, I went with a very small bridge, while still being state-of-the-art for the era the ship appeared in. 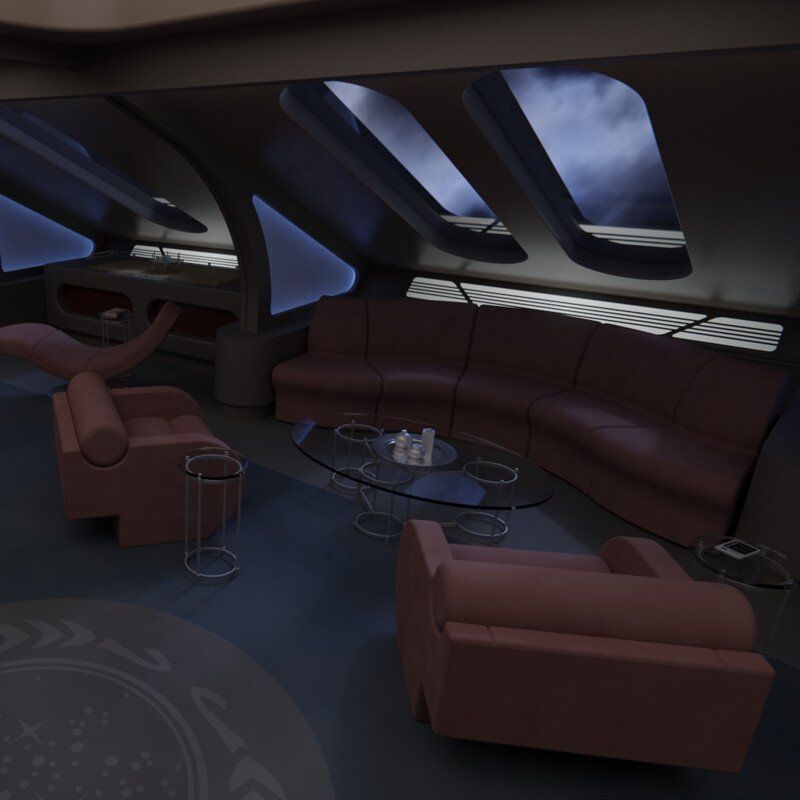