This is the bridge of the Enterprise-D, the main set of 'Star Trek: The Next Generation', as it appeared in the final alternate universe visited in the episode 'Parallels'. This version of the bridge has several unique details to it, such as it's big glass (ahem, transparent aluminum) display at the back, the modified and uniquely positioned Captain's chair, and the platform in which said chair is placed. 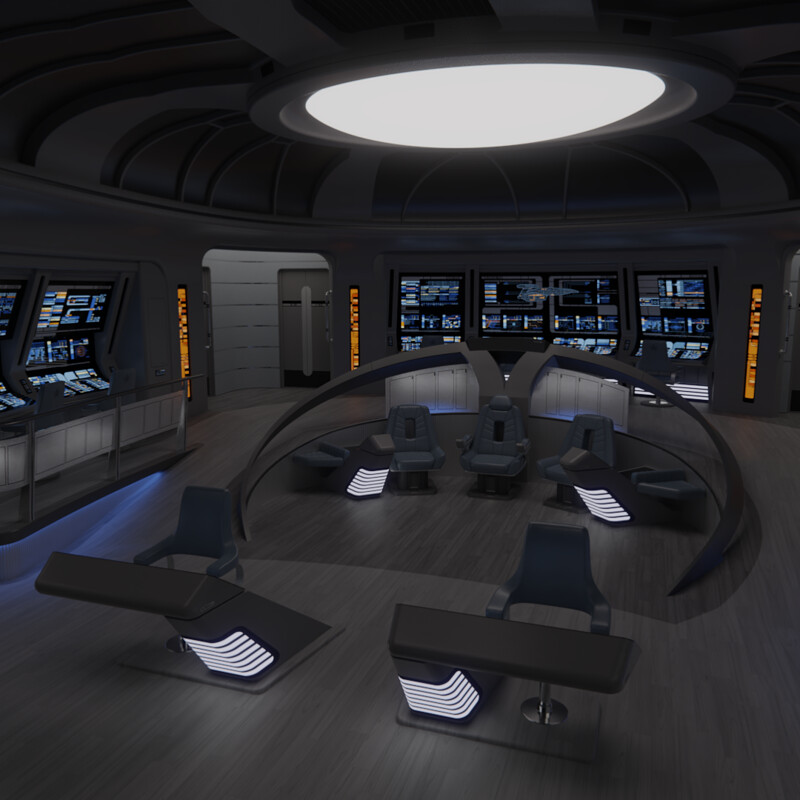