This is the bridge of the Enterprise-C, as it appeared on the TNG episode 'Yesterday's Enterprise'. An Ambassador-Class starship, the ship was heroically destroyed in 2344 while attempting to save the Klingon outpost on Narendra III from a group of Romulan warbirds. The sacrifice of the ship and its crew, under the command of Captain Rachel Garrett, cemented the view of the Federation as an honorable ally in the eyes of the Klingon Empire.

During the episode the bridge was seen from only a couple of angles, and was heavily damaged. I recreated the room with a pristine look, using behind the scenes information when available to inform how everything should look.

One point of contention among fans is how small and utilitarian this bridge is, when compared to both the previous and the next ships called Enterprise. A popular fan theory suggest that this is just the ship's battle bridge, as the main one was destroyed during the battle with the Romulans, thus explaining its small size. In real life, the size discrepancy was obviously a matter of budget, as they couldn't afford a large brand new set for what was going to be a single TV episode appearance. However the intention of the designers and set builders was for this to be the main bridge, and not some other auxiliary bridge; this is clear by the presence of a dedication plaque, and by the door labels which read '01', indicating it's location at the top of the ship.

Another issue often discussed about this bridge is the front console, taken directly from the Enterprise-A bridge set. It doesn't fit with the rest of the bridge aesthetic and it was very briefly seen on the episode itself. Some fan-made schematics show that front console as meant to be crewed at all times and even with chairs, but we see no evidence of those in the episode. My own interpretation is that this console is a mix of a 'Master System Display' and an 'Emergency Manual Override' station. When not in use, it just shows general information and isn't meant to be crewed, but when needed it can take the role of another console on the bridge. 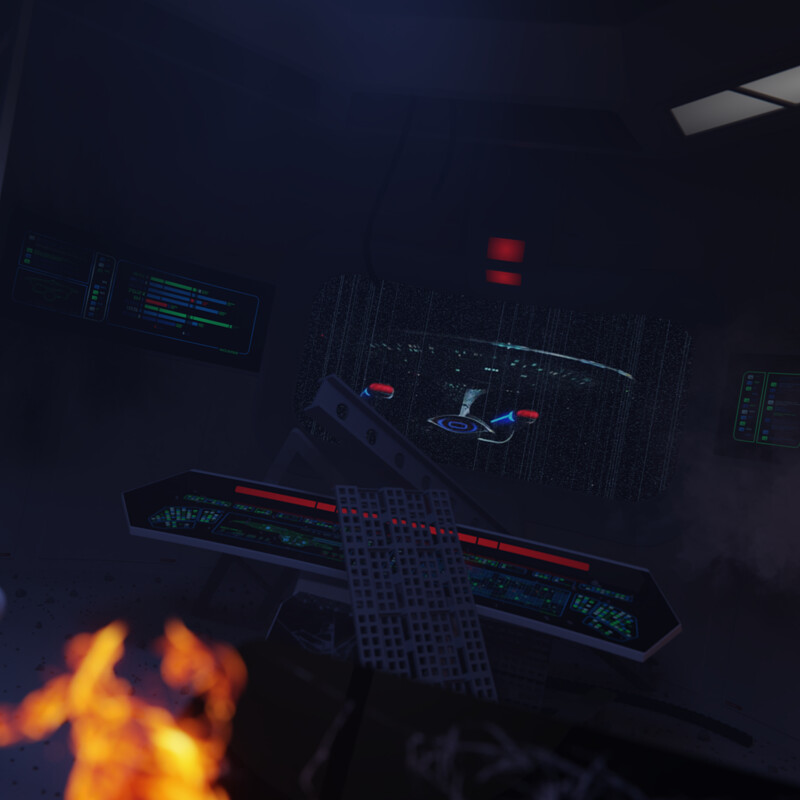