The USS Yeager NCC-61947 was a Saber-Class starship we saw in the feature film 'Star Trek: First Contact' as a background ship. We never saw much of the Saber-Class after that, other than some unnamed background appearances. This is my conjectural take on how its transporter rooms looked like during the events of the movie, in 2373.

The transporter pad itself is based on the design of the USS Defiant transporter, but the rest of the room is an original design, based in part on the Enterprise-E transporter room, but much smaller. My logic for this size is that not being a ship assigned to diplomatic assignments or expecting to get VIP guests on board, the transporter is just a means for the crew to get on and off the ship, and thus the spacious rooms of bigger ship classes aren't really needed. As with all starships the Yeager has multiple transporter rooms for personnel, and I picture them all looking fairly similar to this. 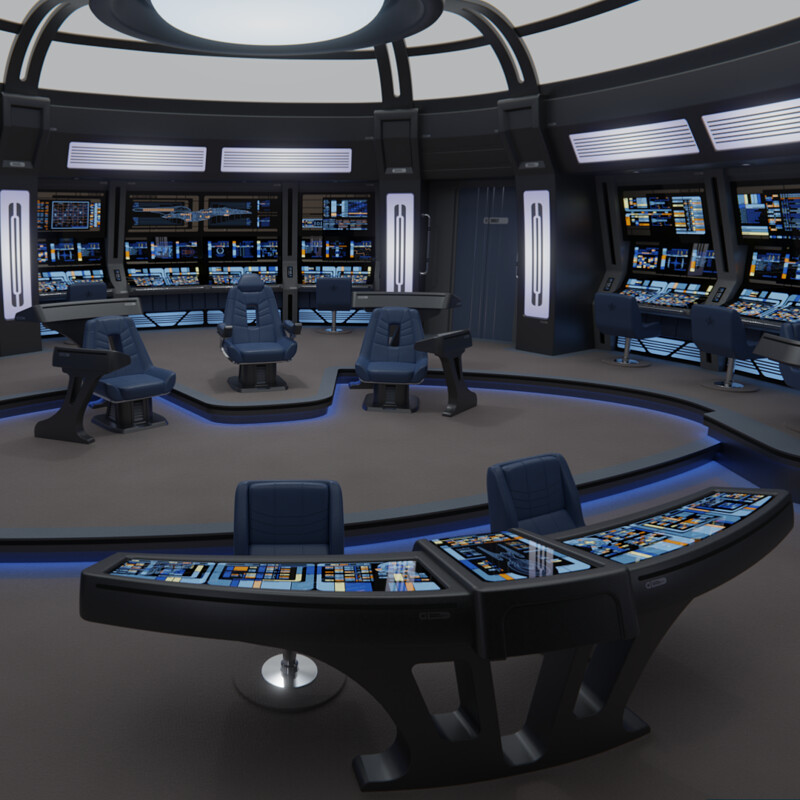