This is the bridge of the Enterprise-D, the main set of 'Star Trek: The Next Generation', as it appeared in one of the many alternate universe visited in the episode 'Parallels'. This version of the bridge is very nearly identical to the standard version, except for its red Captain's chair, modified tactical console, and grey forward consoles. 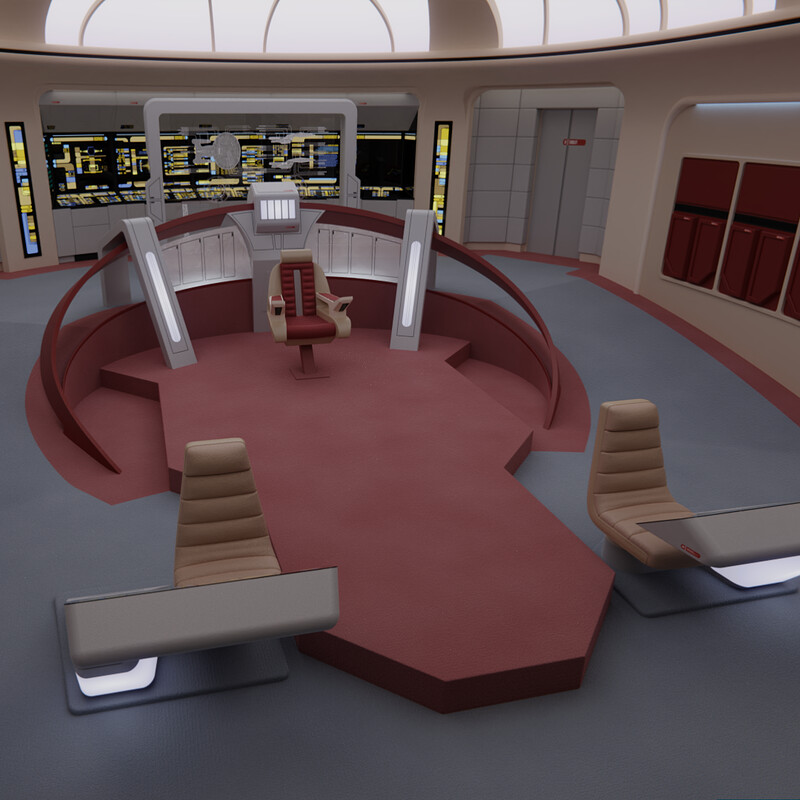 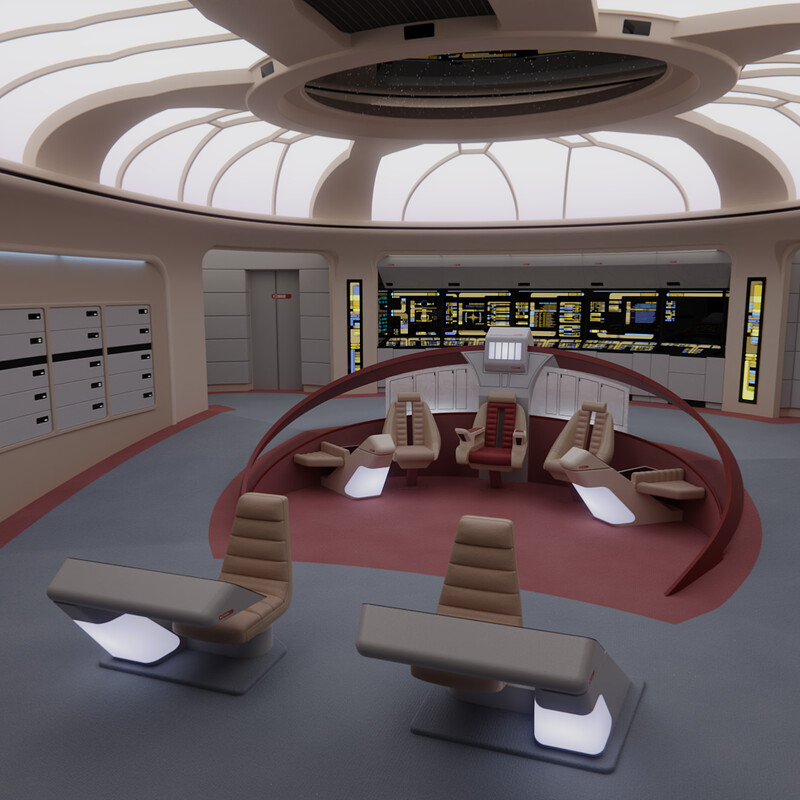