This is the Battle Bridge of the Galaxy, the prototype starship of her class. This is a secondary command bridge from which the ship can be controlled if the Main Bridge is unavailable. It is also the command center for the stardrive section when the ship separates into two.

This interior was made as a paid commission for a SciFi-Meshes.com user, the Galaxy is the main ship of his original Star Trek stories.

The design is based on the battle bridge of the Enterprise-D seen in the first season of 'Star Trek: The Next Generation'.

In-universe, the USS Galaxy is a large capital ship commissioned in 2360 after an extensive period of testing during the 2350's. 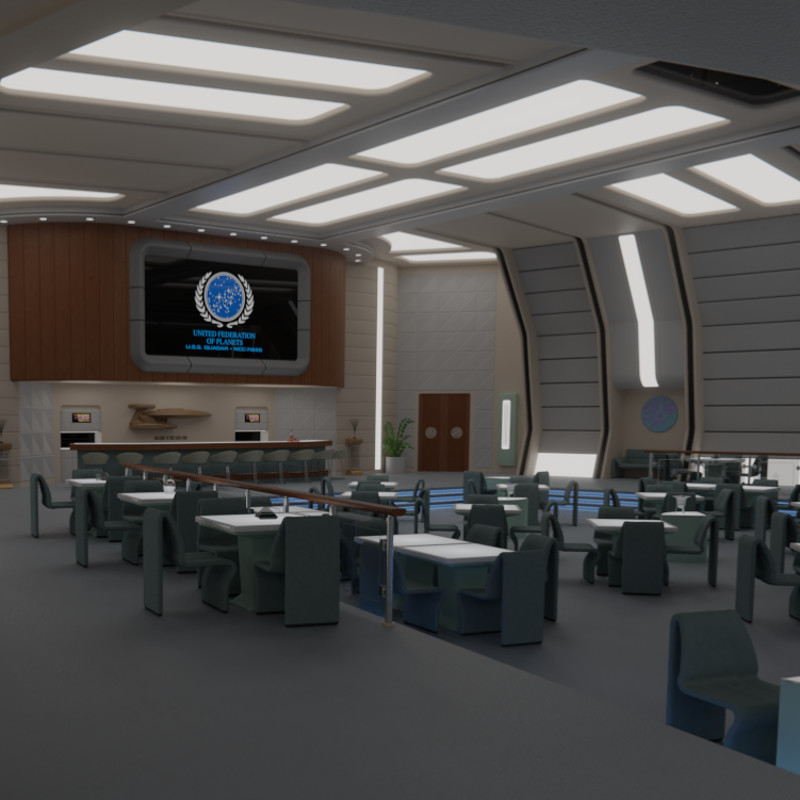 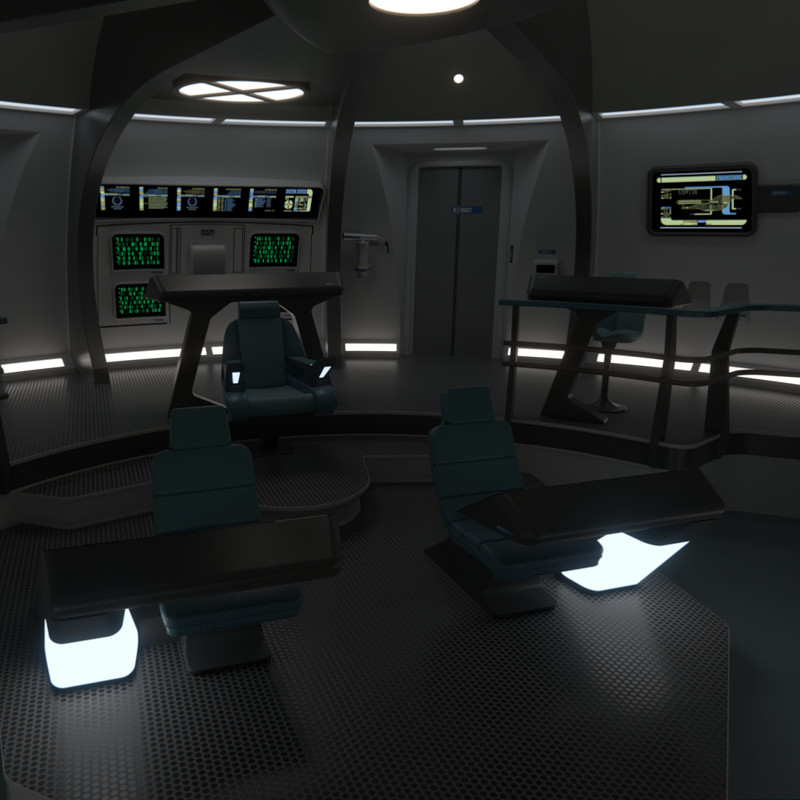 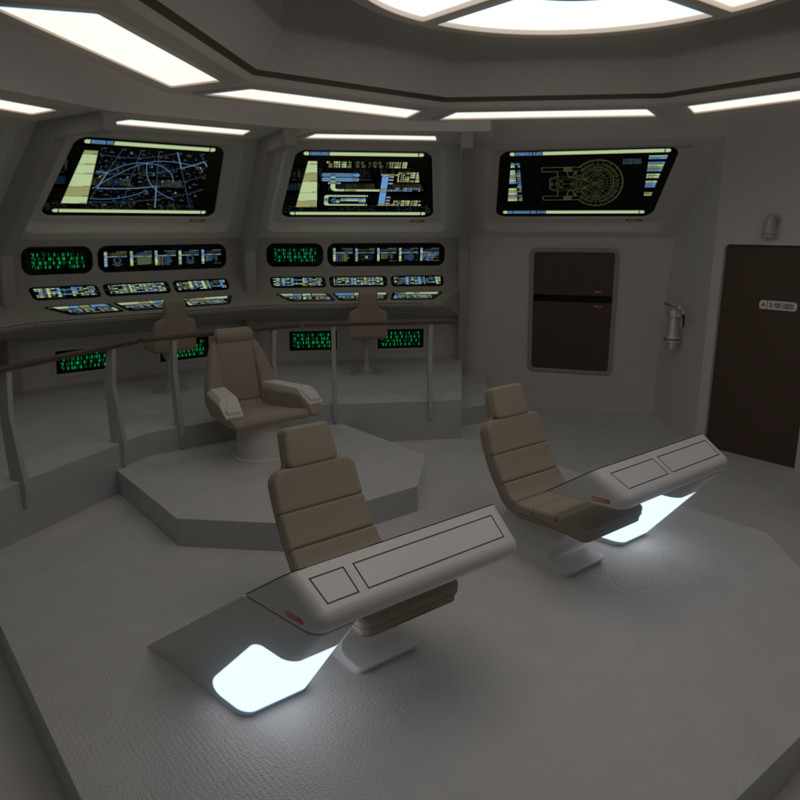