This is the bridge of the Enterprise-D, the main set of 'Star Trek: The Next Generation', as it appeared in an alternate future visited during the final episode of the series, 'All Good Things'.

Set in 2395, 25 years in the future from the characters' point of view, this version of the Enterprise-D was under the command of Admiral Riker. The bridge featured a couple of new features that would eventually be used on the "real" bridge of the Enterprise-D during the events of the movie 'Generations', namely a semicircular platform for the command chairs to sit on, and the addition of CRT monitors to the aft consoles which allowed animated LCARS graphics to be displayed during filming, instead of having to be added in post-production as was the case before.

An odd particularity of this bridge design is that we only ever see it during red alert, and as such the standard "green alert" lighting of the room is unknown to us. After trying out a few different configurations, I decided to stick with the same lighting as on the regular TNG season 7 bridge, as it's most likely how the set would've looked like during the episode if not in red alert. I also decided to turn off the Engineering station on the aft of the bridge, again just like it was on the regular TNG bridge, even though we don't see this particular functionality on this version of the bridge during the episode. 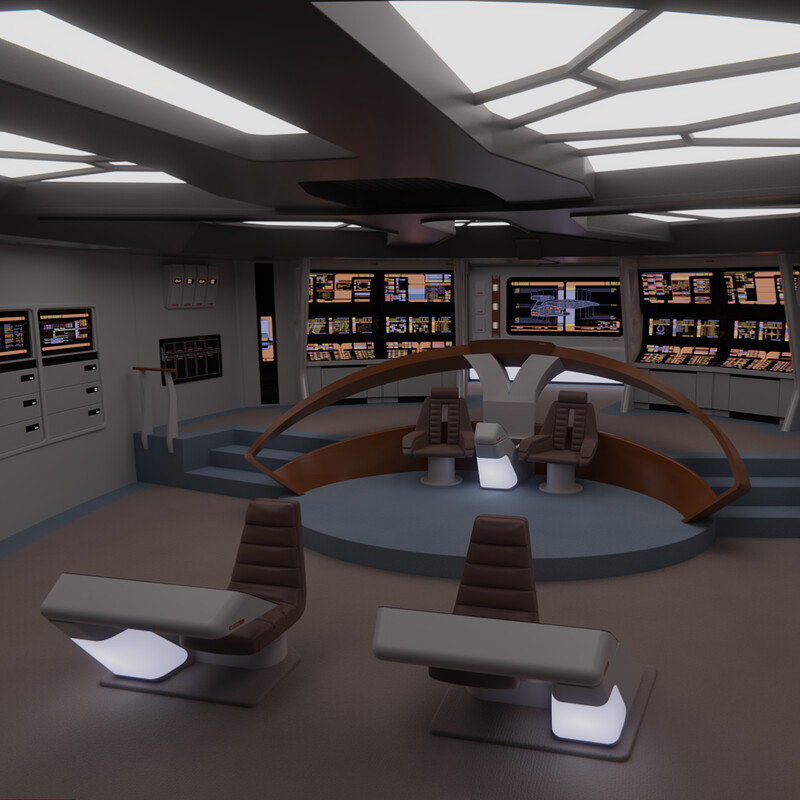 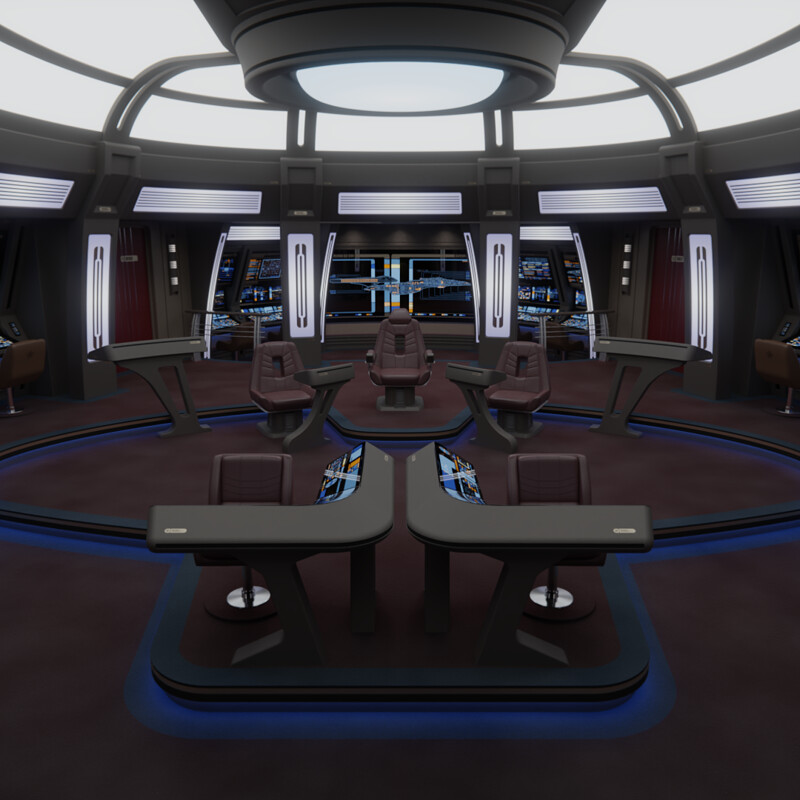