The 2379 bridge under red alert

The 2382 bridge under red alert

The original bridge module featured a tactical arch behind the command chairs, with ramps going to the lower level at each side of it. In 2382, a battle necessitated the crew to abandon the main bridge and jettison the module. After this event, a new bridge module was installed with a slightly revised layout, replacing the tactical arch with two standalone tactical consoles flanking the command area, and replacing the ramps with a split level layout, among other smaller changes.

These models were created as a paid commission for Rory, a Star Trek fan who was interested in bringing his starship into 3D. 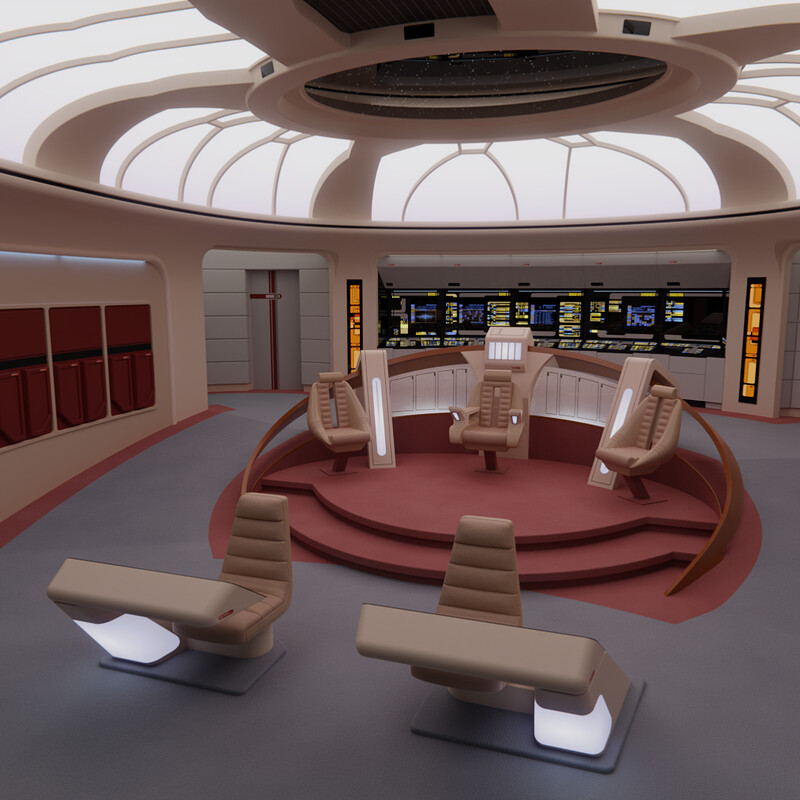 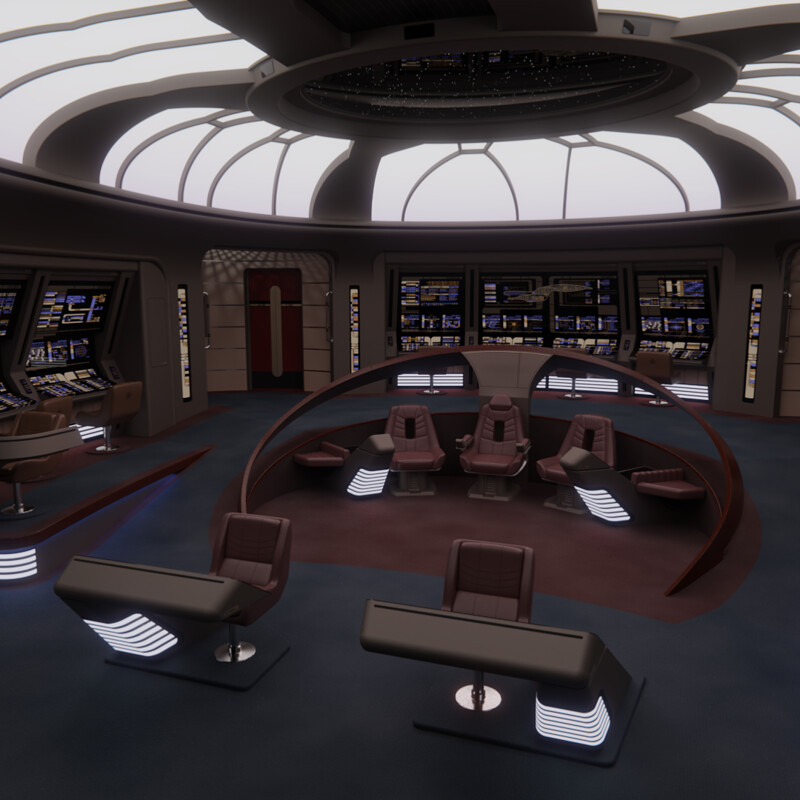