Here's the bridge of the USS Buenos Aires NCC-69337, first ship of her class, as it looked like when it launched in 2360.

The Buenos Aires was designed by Bernd Schenider nearly 20 years ago, and it's one of my favorite fan made Trek ships of all time. I love it's classic Excelsior-like shape in 24th Century aesthetics; plus the fact that it's named after my home city certainly helped in making this ship stand out in my head. :P

I started designing a bridge for the USS Buenos Aires two times before (in 2010 and 2017), but I never got around to finish it. This new iteration incorporates some elements of those previous designs, while being heavily based on the bridge of the USS Anchorage, a previous Buenos Aires-Class ship bridge I did.

You can read more about the Buenos Aires-Class over at Ex Astris Scientia: http://www.ex-astris-scientia.org/my_ships/buenosaires.htm 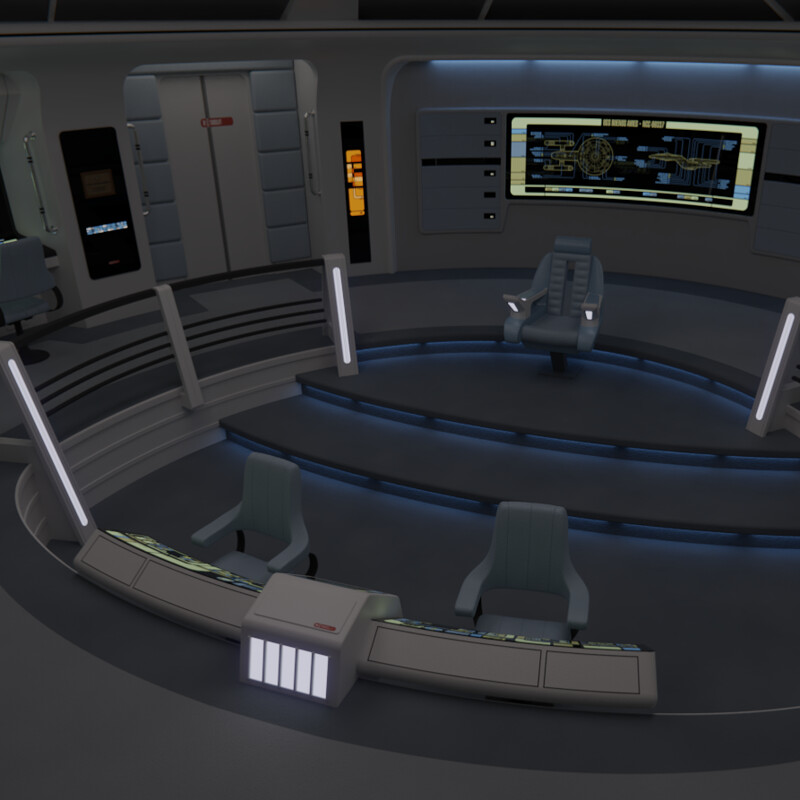