The SS Rawson NAR-16349 is an Antares-Class freighter launched in the early 24th century. Designed for carrying cargo and with no armament, it's an unassuming ship for a boring job.

While most of the model itself is made out of reused components from previous designs, I took the chance to experiment a bit and add new techniques to my repertoire, such as volumetric fog and hard shadows. The design itself is heavily inspired by the two Antares-Class bridges we saw in Star Trek canon, namely the SS Norkova and SS Xhosa.

The name and registry number are derived from an Argentine merchant vessel of the 1910's (itself named after the small Argentine city of Rawson). 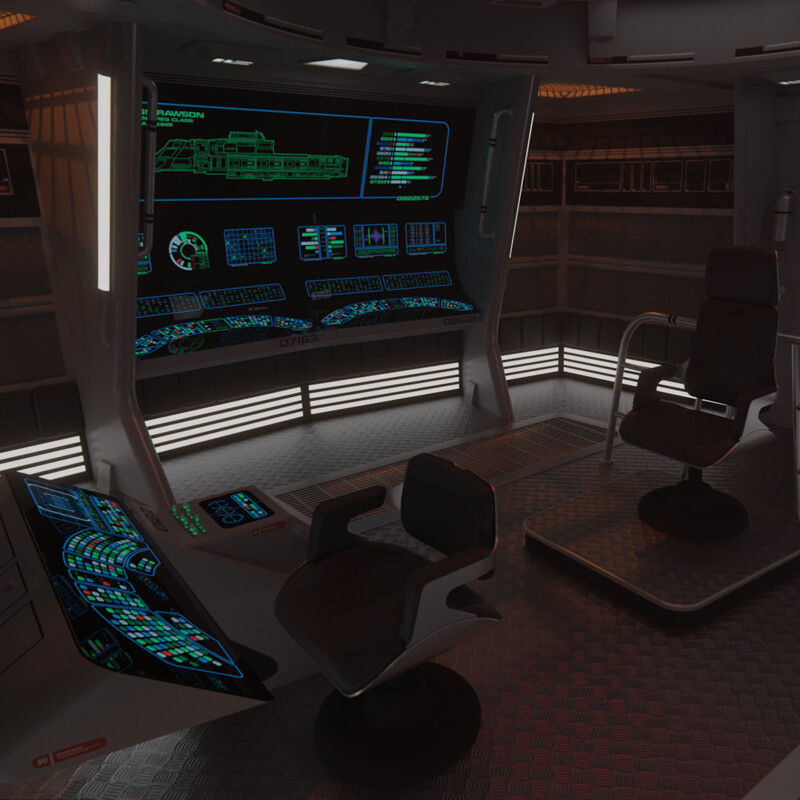