This is the bridge of the USS Temeraire NCC-80983, a Prometheus-Class starship in service in the 2380's.

An evolution on the design first used on board its sister ship Cerberus, the Temeraire bridge features a more standard layout, with less focus on fleet operations and communications, as it's not intended to be regularly used as a fleet flagship.

This model was created as a paid commission for Tim. In his Trek continuity, the Temeraire is under the command of Captain Kira Nerys after her tenure as DS9's commanding officer. 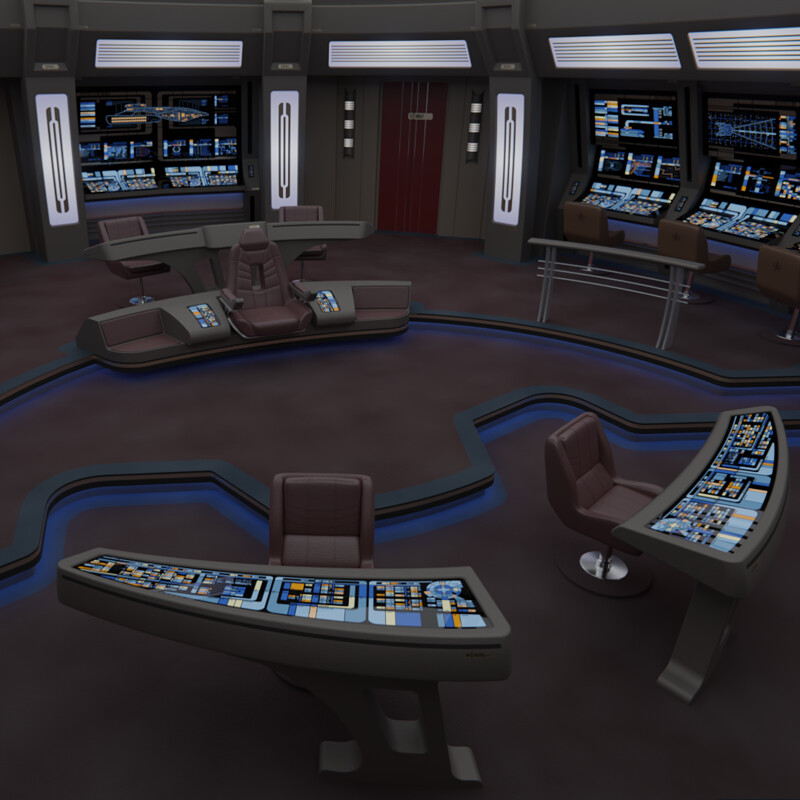 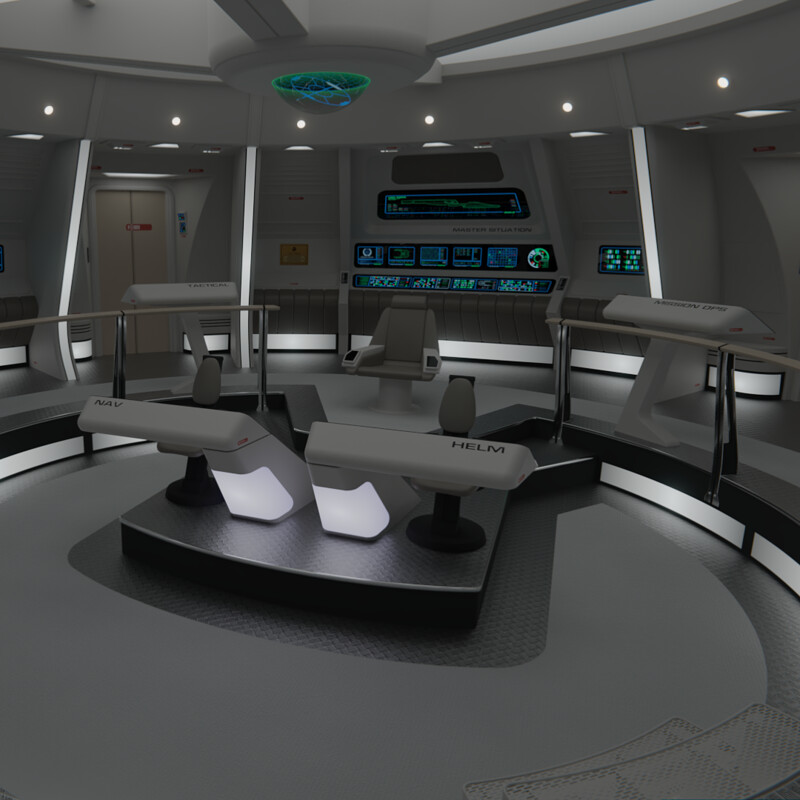